Skip to the content
Michael C
An innovative blocking function for newly registered domains, as a contribution towards 0-day protection. 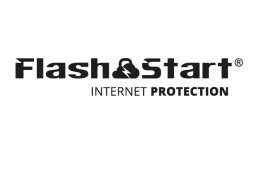 As one of the world leaders in DNS security, FlashStart just released a new feature to filter newly registered domains, preventing new malware and even 0-day exploits. The worry for the vulnerability that has just been discovered is more than justified, with the right software for helping out still missing. A cyber-criminal who intends to make the most of this 0-day vulnerability has a time advantage that cannot be filled. There in fact exists a first phase in which the hacker has time to create their attack codes. Then a time frame that is useful to realise that the system is under attack and that it is trying to hold back an unknown vulnerability. Then finally the necessary time for the producers to program the remedy that will sanitise the breach.

All of this has enormous economic costs for the producers, but also for the helpless users that are under a 0-day attack. The only possibility of stemming all of this, taking into consideration that the vulnerability and remedy are both unknown, is that of anticipating the moment in which the attacker spreads the 0-day exploit. Normally such actions come through the systems by phishing. The 0-day damaging code, being unknown, will be difficult to intercept so the attacker will principally worry about any eventual access blocks to the damaging pages. To do so they will most probably create new domains to avoid blacklisting.

The global DNS intelligence platforms with Artificial Intelligence such as FlashStart are a form of anti-malware prevention that is always efficient. The Machine Learning system doesn't limit itself to a simple scan of the contents of a domain but also integrates the behaviour of similar sites and the governing blacklist reaches a predictive capacity of over 90%. The remaining 10% regards pages that are incomprehensible for their language or content, or even domains that have just been registered that have still not had any activity that can be detected or flagged. It is ever more probable that amongst the new domains there are those with the risk of malware or even 0-day exploits.

For this reason, FlashStart has implemented a preventative blocking function for newly registered domains until they have been scanned and categorized appropriately. The activation of such a filter is very easy to do by accessing the cloud through your dashboard and ticking the relative category that it will auto-update thanks to its artificial intelligence.