Tesla managed to convince the Mexican state Nuevo Leon to create special lane that allows its suppliers from the country to more easily cross to and from the United States. The state of Nuevo Leon borders Texas where Tesla has moved its headquarters and is now relying on several suppliers from Mexico in order to operate.

Ivan Rivas, the Nuevo Leon economy minister says Tesla is currently working with six suppliers from the state, among which are APG Mexico, the EnFlex Corp., Faurecia and even Germany’s ZF. And now that the automaker has established its home base in Texas, it’s only natural that the number of companies it relies on over the border will increase over time.

Wait times for crossing the border crossing between Texas and Nuevo Leon can be as long as 25 minutes during rush hour and through the use of the new dedicated lane, Tesla suppliers go through in less than 10 minutes. The lane is marked with the Tesla script right above, and it’s a really unusual to see something like this at a border crossing.

The two states only share a border for 9 miles with only one crossing point. It is Nuevo Leon’s only direct border with the United States.

It was a simple incentive. What we want is a crossing that’s much more expedited and efficient. And maybe there will be a lane for other companies in the future like there is for Tesla.

Tesla CEO Elon Musk has talked about the possibility of actually opening a factory somewhere in Mexico. As was noted in the Electrek report that made this public, the location had not yet been decided upon, and there was a chance that it could also be built in Canada. However, if Tesla was to choose Mexico, Nuevo Leon whose government it’s already in contact with could be a desirable location.

Previous post What needs to happen in the U.S.A. for mass shootings to stop? 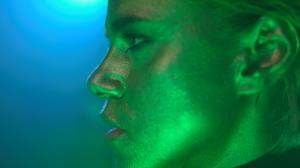 In multiple European countries, bicycles play an important role when it comes to the mobility of the general citizenry. This is especially true in the Netherlands, where people living in the suburbs ride their bikes to the train station to catch a ride into the city. Naturally, the popularity of electric bicycles in recent years […]

Ukraine’s President Volodymyr Zelenksy has visited Kherson, days after his troops recaptured it following Russia’s withdrawal. The president sang the national anthem with soldiers and residents as the Ukrainian flag was raised. The recapture of the Kherson was the “beginning of the end of the war,” Zelenksy said. Russia took the southern city in March, […]